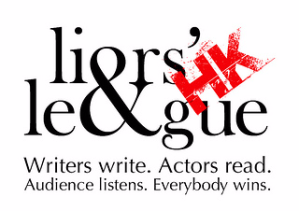 The milk delivery came through at 5.15am. Every day, the farm boy would clank up to the fly-screen door, heavy-footed on the porch floorboards. Julie lay in bed listening. She breathed deeply and flexed her feet. That boy walks like he never learnt to crawl. A warm breeze blew the scent of Magnolia and manure through the open window.

‘Alabama smells sweeter than honey.’ George had said, the day they met.

If honey smells like shit, she thought to herself now, as she cupped a hand around her growing belly.

Later that morning, Julie walked the half mile to the laundromat. Her wash bag was heavy, and her feet swollen. She stopped at the house on the end of Crowder Street. Its door was always open. Inside was a long smoke-yellowed Formica counter that reminded her of George. It lay in front of crooked shelves, filled with jars of sugared candy. My baby has a sweet tooth, she smiled. The kind, old man inside knew what she wanted. He had seen her every day since the accident.

‘Here you go, sugar.’ he said, as he dropped some more Milk Duds into the paper bag at no extra charge. He always said the same. ‘It’s a terrible thing, what happened. God help you and your baby.’

Not long after the baby came, that nice old man who made Julie smile got taken away by the sheriff. Turned out he had been giving a lot more than Milk Duds to a boy he had no business giving anything to. Before the trial, he had his throat cut by another prisoner, and no one minded.

Milton Laundry had cups of detergent you could buy for 10 cents, 5 if you brought your own container. After the bending and reaching of the load, she sat and waited on the wooden bench, tucked in beside the machines. Its rotten slats gave it a soft spring. Stretching her neck, she glanced up at the ceiling. The cheap Pinex plasterboard was yellowed with cigarette smoke. She thought of George.

He was rolling a cigarette the first time she saw him. In that moment, in the French camp, she felt something stir deep inside her. She knew what it meant. Next day they talked for hours. He was a GI from the third infantry division, had served in North Africa and Italy.

‘My name is Julieta Maria Romero,’ she said and turned to look at her little sister. Violeta sat in the dusty open ground near the medical tent, building a tower of stones. Julieta looked back at George, ‘and my sister stays with me, always.’

George smiled. He inched closer to Julieta until the fibres of his regulation shirt touched the hairs on her lean arm. Her cheek felt the warm dryness of his breath. She noticed his fingertips, yellowed from smoking. A week later they were married. Julieta was just 16. Their first baby was born with brittle bones while they waited to be shipped out. Francis George Reed was named after George and George’s father. As Julieta held his tiny body he cracked like a blackened match, just blown out. On his third day, he supped the air and gurgled sweetly until he fell silent.

Julieta’s mother had always said, ‘A bad weed never dies.’ She thought of it in that moment.

Six years earlier, the villagers were told to evacuate their homes as quickly as possible. There wasn’t time to gather belongings. Some left barefoot. Some carried their children in their arms. Julieta and Violeta followed the crowd. Bright flames could be seen on the horizon, as though the sun itself danced there. They walked for hours, down from rocky hills, through sparse, dusty woodland. Talía Romero, their mother, had always walked with a limp. From the first steps she took as a child on the foothills of the Sierra Nevada, her own mother a step ahead, arms outstretched with encouragement. Then later, as she chased goats with her friends and, later still, picking alpine violets for the man she loved. Now, in the shadows of Mulhacén mountain, she fell behind. They shot her first. She’d never heard of Franco.

It was only by chance that the girls were not there when it happened. Chance and fairies.

‘They are smaller than frogs, Gabriela told me.’ said the younger girl.

‘Of course,’ said her sister. ‘Small enough to crawl through your ear and whisper wicked deeds into your brain while you sleep.’

They kicked up the leaves from the woodland floor as they ran excitedly off the track, away from the group.

After the jolt of gunfire echoed through the woods, Julieta and Violeta returned to the road. They stood over the gorge, too afraid to move, looking down at the bodies, their mother bent like a snapped twig. They watched her open, glassy eyes until a fly landed there. It moved, like a skater on ice, over the left pupil and iris. Then into the corner where it met her nose. Julieta was disgusted and terrified. She grabbed her sister and pulled her away.

‘What about mama?’ said Violeta.

After they buried Francis, Julieta’s nerves became brittle; and her demeanour hardened. On the journey to America, Julieta started calling herself Julie. She fell pregnant again, so that by the time they reached George’s family home in Alabama, her belly was as big as an Andalusian watermelon.

With her bag of heavy, clean laundry, Julie walked down the lane past the steel works, to the river on the edge of town. Buddleia sprouted through the concrete slabs of the wasteland. Nature seemed to battle man. Let them fight it out. She sat watching the water ripple and glisten in the sun. Beneath the surface, carp swam slowly by.

In America they say, ‘Only the good die young.’ But George was no good and he died at 24. He’d taken the young Pearce girl up to Old Potter’s Mine on the road north, out of town. They went down into that mine shaft and did what they did. The old place was rotten from the core, its wooden beams just too tired to hold up any longer. The girl died instantly, so they say, but George survived the collapse. He lay for days in the hospital, his dutiful wife never leaving his side. The ward was full of waxed mahogany and polished brass, and there was a library-like whisper whenever anyone spoke. When George passed on the third day, Julie gathered his belongings- a watch, his wedding ring, and the Maltese Cross that hung around his neck. She shook the doctor’s hand and went home.

The laundry folded neatly away, Julie soaked her aching feet. Another day was drawing to a close. In bed that night, after Violet was already asleep, Julie lay listening to the quiet sounds of the Alabama evening. The cicadas sang her a lullaby. She rolled onto her side and combed her fingers through the cold sheets, where George should have been lying. Julie pushed her face hard into the pillow. Bastardo, she thought. And in that moment, her waters broke.